Many folks have expressed interest in the raised hearth and oven we use in our 18th century cooking video series. I have recently run into a couple of 16th and 17th century German images that show just such an arrangement. 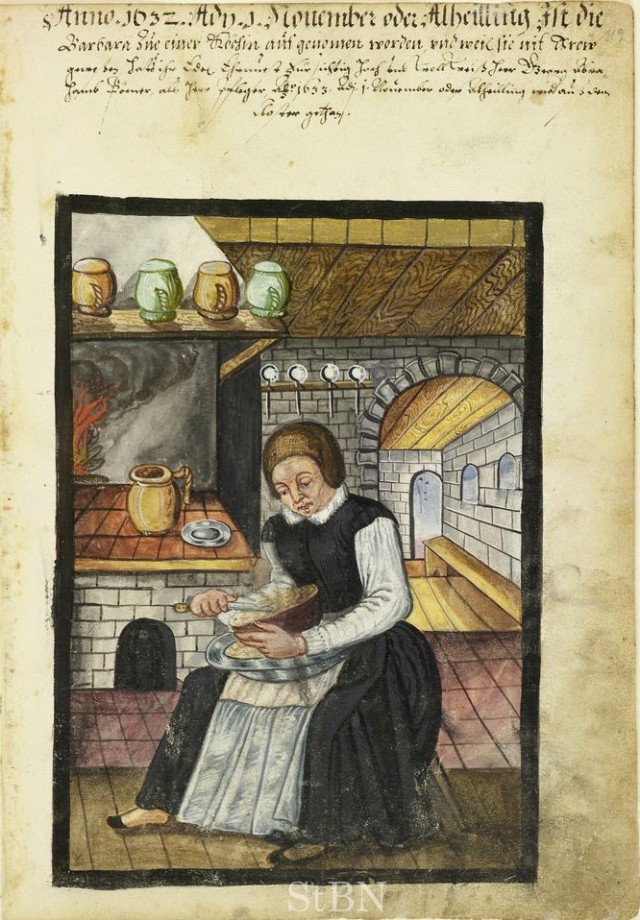 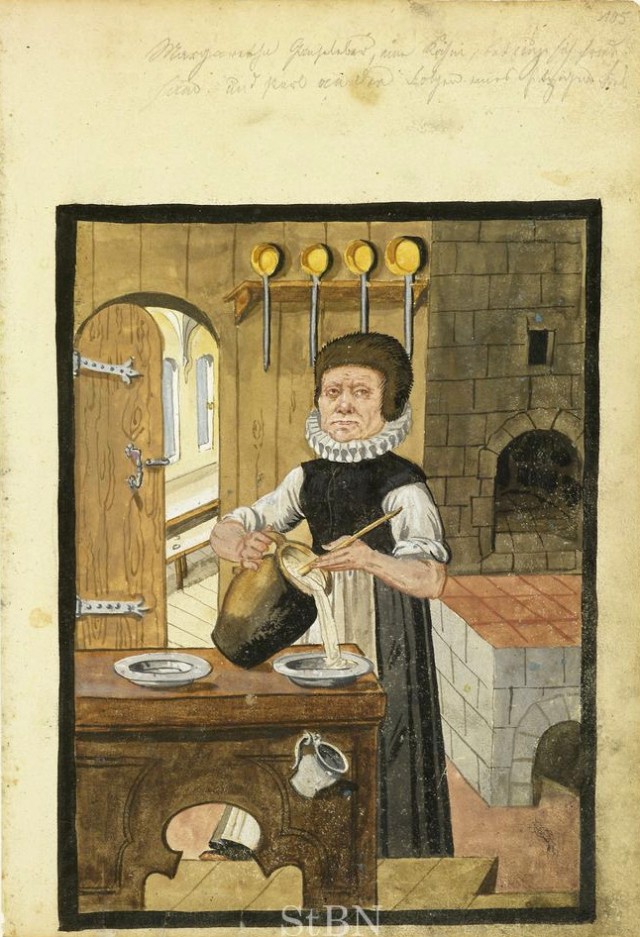 These images are from a great resource “House of Mendel’s books” that has hundreds of paintings that depict different trades from the 15th through the 19th centuries.  Pity that there is no complete english translation but very useful none the less.