A Ragout of French Beans 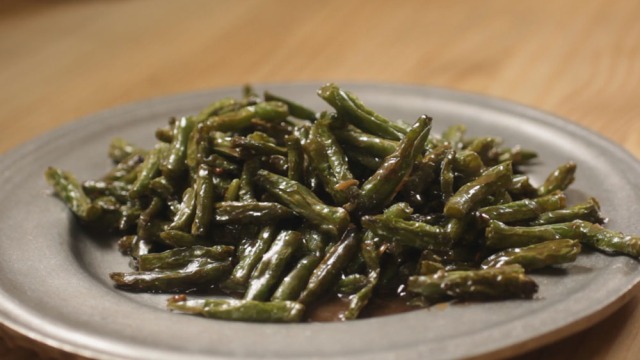 I find it serendipitous to stumble upon a familiar term in a centuries-old text — a term I use in my modern conversation, yet, one that has retained its meaning throughout the centuries.

As a young boy, I would go out to the cornfields surrounding my Indiana home, after the thaw and before the crops were put in, to hunt for arrowheads. Excitement would sweep over me like a dusty gust of wind every time I spotted a piece of flint peeking up through the soil. Nothing gave me a greater thrill than to brush away the dirt to unveil a perfect point…a meticulously crafted piece of functional art that until that moment had escaped the gaze of men as well as the plows of time. I recall, over and again, standing there amazed, alone in that cornfield, trying to wrap my young head around the reality that the objects I held in my hand were last held thousands of years ago by the people who crafted it. I felt a deep connection to the designers of these artifacts. Had they experienced the same thrill of the hunt that I experienced at that moment? Those arrowheads were a gift from the ancients to that young blonde-headed boy — a gift that I treasure to this day.

Sorry. I’m back from my trip down memory lane.

Yeah, it’s that sort of excitement that I feel (to a lesser, more adult-like degree) when I discover a common term, phrase, slang, or idiom that bridges the vernacular span of time. I enjoy searching the rows of text in A Classic Dictionary of the Vulgar Tongue, for instance, for sharp little tidbits that connect my vocabulary to the past. I’ve had this etymological curiosity for most of my adult life, but like the hundreds of arrowheads I collected as a boy, the trivial knowledge I’ve gathered through the years has serve little purpose other than to my own satisfaction and to maybe the amazement of my friends during lulls in the conversation. I’ve yet to win millions on a trivia game show, but I feel richer, nonetheless.

So here is the latest phrase to be added to my collection, lifted from the rows of centuries-old text:

You can stop laughing at me now. Thank you.

Have you ever wondered why we call beans that are cut length-wise “French-style” beans?

Now it could be because the marketers of frozen beans thought it might be easier for consumers to call them “French style” rather than “Julienne.” But I find it interesting (and I believe more than coincidental) that 18th century cookbooks routinely called the legume French beans.

From what I have gathered, there were three common classifications of beans in 18th century cooking: the fava bean, the Lima bean, and the kidney bean (also called French bean and occasionally “snap” or “string bean”). Mary Randolph, in her book, The Virginia Housewife, included a succession of recipes for all three types. The fava, Lima, and French bean were all prepared both in the pod when young and tender or as a dried bean after they were allowed to mature. Of course, peas and lentils were also commonly consumed, and some considered them to be beans as well. But for the purposes of this post, I want to stick with what we recognize as beans today. Different strains of beans existed under those broader categories. The Mazagan bean, for instance, an imported bean from Portuguese North Africa, was considered by many as the best fava bean. Kidney beans, likewise, were available in white, red, brown, etc. varieties.

Now there may be some who suggest that 18th century French beans could have actually been “Haricots verts” — a variety of bean different from the common green bean that is still called French bean to this day. I doubt it. 18th century cookbooks and horticultural texts used the phrase to describe the generic category of kidney beans. Furthermore, while it appears the julienne cut was the preferred method of preparation in most 18th century bean recipes, green beans were still called French beans even by the exceptional recipes that instructed cooks to cut the beans cross-wise.

Here’s such a recipe for a ragout of French beans from John Farley’s cookbook, The London Art of Cookery (9th Edition, 1800, originally published in 1783) There are other period recipes that don’t require frying (Randolph’s recipe, for instance), but we found this one interesting.

This recipe requires mushroom ketchup as an ingredient. We sell mushroom ketchup on our website (shameless plug), or, if you’re adventurous, we show you how to make it in our video on the topic.

Here is our adaptation of the recipe:

A Ragout of French Beans
Ingredients:

Heat your fat to about 300-degrees (F) and carefully add your beans. we skipped the soak that was prescribed in the original recipe. If you opt to do this, be sure to dry your beans completely before adding them to hot fat. Fry the beans until they begin to turn a light brown. Remove the beans with a slotted spoon and drain them. Set them aside and allow your hot fat to cool before pouring it off your pan.

Once your frying fat has been poured off, add the butter dredged in flour to your pan and stir until the butter is sizzling. The original recipe suggested adding the water to the pan first, however, we found that this resulted in excessive splattering. Once the butter is melted and the flour has begun to turn to a light brown, add the water, mushroom ketchup, and wine, along with the spices and the onion. Stir until the liquid has reduced to about half its original volume. Remove the onion, return the beans, and stir them for a minute or two to reheat. Dish the beans and serve them up!

By the way, Mr. Farley offers no instructions on what to do with the onion other than to remove it before serving. This was a fairly common method of seasoning in that day. Use it as a garnish, if you wish, or serve it up along side the beans. You’re on your own with that one.

1 Response to A Ragout of French Beans